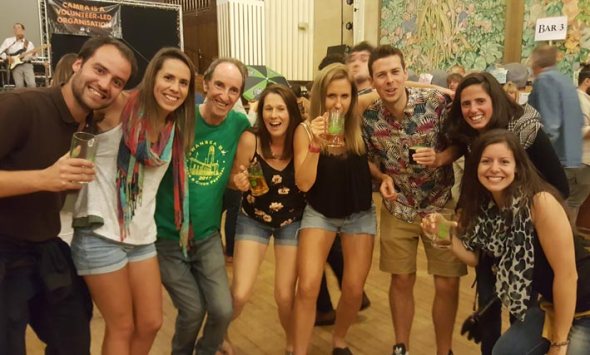 Have a great time at Swansea Bay Beer & Cider Festival

Real ale fans are counting down the days to Swansea Camra’s beer and cider festival at the Brangwyn Hall.

The Swansea branch of the Campaign for Real Ale has sourced the most exciting new brews from up and down the land, many never before seen in this area, for their 32nd annual festival.

More than 110 real ales, plus ciders and perries, will be on offer at the event from 23-25 August. You can see the beer list here and the cider list here

It also includes ales from the vibrant Swansea and south Wales brewing scene, which has been transformed over the past few years with dozens of new microbreweries being launched to quench a consumer thirst for new and original beers.

“It’s an exciting time to be organizing a real ale festival due to the amount of new breweries that are constantly starting up. It makes choosing the beer list a challenge as we want to keep up-to-date with the best new real ales on the market and that is what we aim to deliver at our festival,” said Chris Radford, festival manager.

There are now more than 100 breweries in Wales and 27 of those will be represented at the festival.

The Aberdare-based brewery has also picked up regional prizes from SIBA, the most recent being at the Wales & West Region competition at Ludlow in May for their Valley Porter. Look out for their bar, at which you’ll find six or more of their top beers.

We also welcome back Gower Brewery as joint main sponsors for the 4th year, and their top selling Gower Gold will be in plentiful supply.

“Once more we’ll be working really hard to offer a new and exciting range of real ales, ciders and perries, carefully crafted to appeal to all tastes,” added cider bar manager Jo Bennett.

The Swansea Bay Beer & Cider Festival will be open from 5pm-11pm on Thursday, 23 August; and from noon to 11pm on Friday, 24 August and Saturday, 25 August. It is being held in the Brangwyn Hall, St Helen’s Road, Swansea, SA1 4PE.

A good range of hot food will be available in the Brangwyn Hall bar and there will be a great line-up of bands on the main stage in the hall.

Live music at the festival

Saturday 25th @ 2–3pm and 3.30 – 4.30pm
Tweke – Played guitar in America at a very young age. Now matured into one of Wales’s most distinguished guitarists. 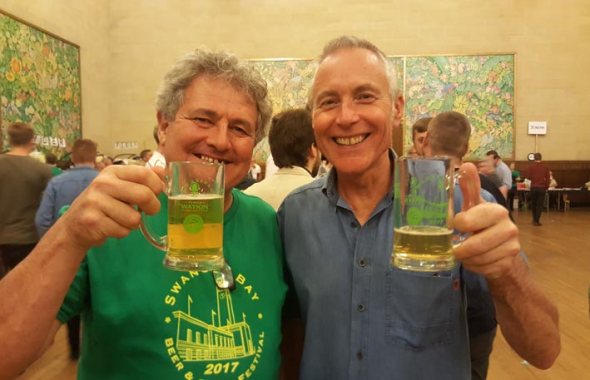