Brewers rewarded for beers you voted your favourites 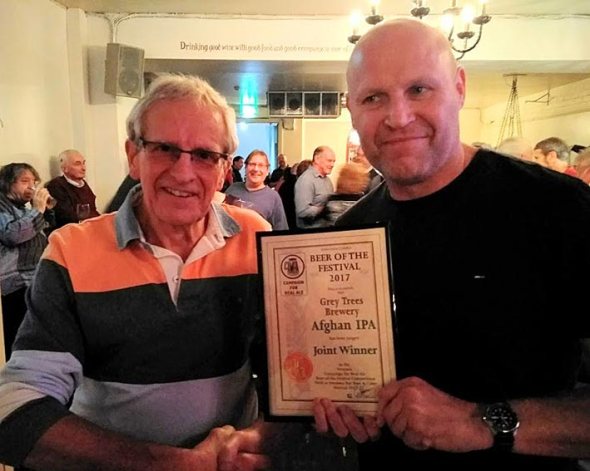 Chris Radford, beer festival chairman, presented the award to Ray Davies of Aberdare-based Grey Trees at the thank you party for festival volunteers at the No Sign.

It came on top of many other accolades for the beer – having taken gold at the Great British Beer Festival for the strong bitter category, Afghan then won overall champion beer at the Wales and West SIBA Awards, before crowning it all at Swansea by winning our beer of the festival.

Electric Bear brewers, from Bath, were unable to make the presentation evening, but Chris Lewis said: “We brewed Inspector Remorse as a classic porter so to have this style recognised and awarded a prize in this way is very gratifying, and clearly demonstrates that your festival goers know a good porter when they taste one!” 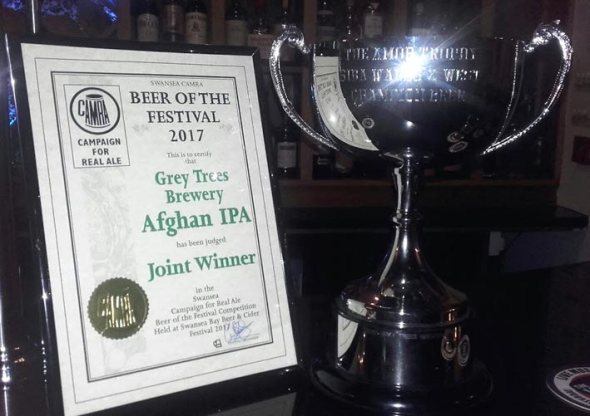