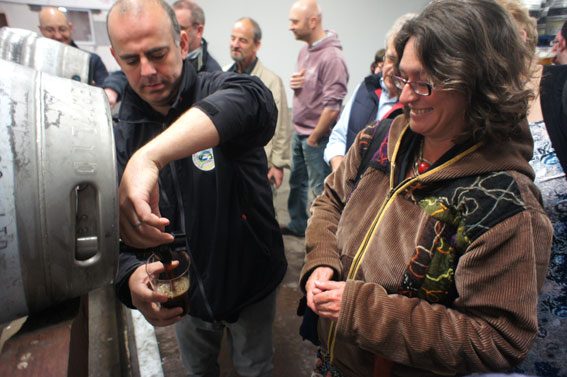 Chris Mabbett of Gower Brewery pours a glass of Mild for Debra White from Swansea Camra.

When the founders of Gower Brewery made their first experimental beer in a shed at the back of the Greyhound Inn around three years ago, little did they realise that this week they’d be welcoming Prime Minister David Cameron to look around their brand new 20-barrel plant.

The new Conservative MP for Gower, Byron Davies, invited David Cameron to come and witness for himself the runaway success of the business now based on the Crofty industrial estate.

The brewery has invested in new plant after quickly outgrowing its original premises at the Greyhound Inn in Oldwalls. The new brewery turns out 3,600 litres of ale with each batch, yet the business still cannot keep up with the demand for its beers. What’s even more remarkable is that this success has come without any active marketing.

“We haven’t had to push at all,” said director Chris Mabbett, “but sales keep on growing faster than we can keep up with!”

Following hot on the heels of the Prime Minister, members of Swansea Camra branch visited the brewery yesterday (May 16) to hear how the business was developing.

Head brewer Dave Campbell, the man who comes up with the recipes for the brewery’s impressive range of beers, said the new 20 barrel plant was almost exclusively being used to brew Gower Gold (4.5%), the most popular beer in their range.

The beers have won numerous awards and Dave reckons the secret of their success is a cool fermentation process, which preserves the pure flavours of the ingredients, plus those secret recipes which keep fans coming back for more.

You’ll find the beers in pubs from Carmarthen to Newport in Gwent and as far north as Brecon, although with distribution now being undertaken by Coors and Carlsberg, the beer will soon start to be available nationally.

Visitors to the brewery will soon be able to sample beers straight from the barrel when their new bar opens later this year – so watch this space. A new bottling plant is also on the way, as the beers are currently bottled at Rhymney Brewery.

It’s all a far cry from those first days in a shed at the back of the pub, but founders Chris Mabbett (licensee of the Greyhound Inn) and Chris Stevens (licensee of the King’s Head at Llangennith) are glad they took the plunge.

After their brewery tour, Camra members sampled more Gower Brewery beers at the Greyhound Inn and finished off their day out at the nearby Dolphin Inn in Llanrhidian where the early evening sunshine made the Exmoor Gold taste even more summery than usual.

Thanks to Sara Morgan for organising the trip. 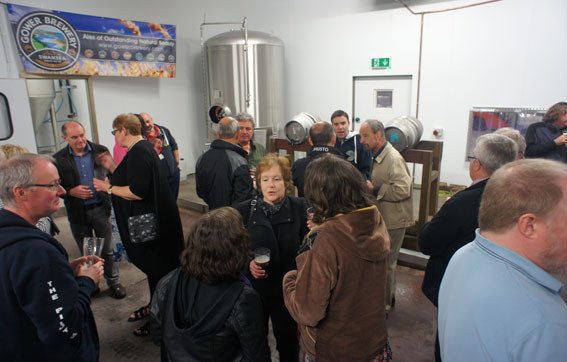 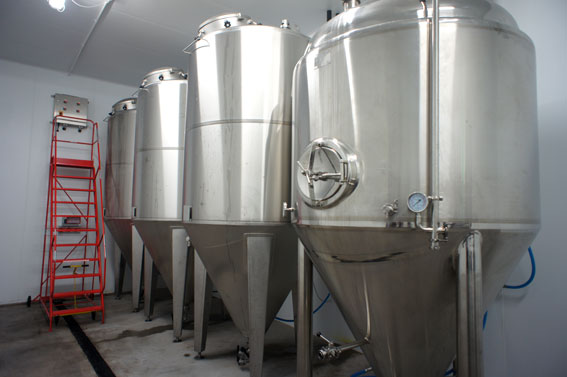 The new fermenting tanks at the Gower Brewery. 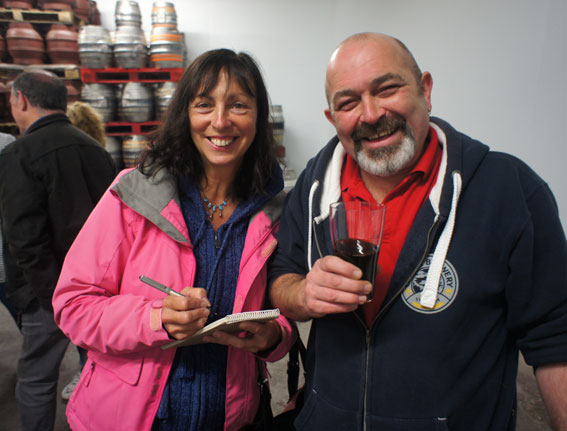 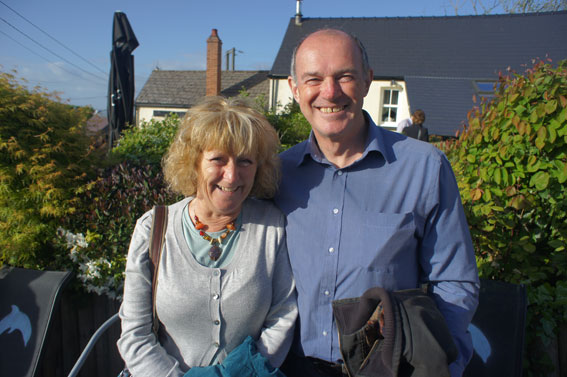