Special brew to honour a much missed Camra member

Four generations of a family came together to pay a very special tribute to a former Camra member at this year’s Swansea Beer and Cider Festival.

And his family came together for the ceremonial tapping of the beer at Swansea’s Brangwyn Hall. 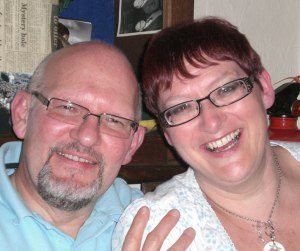 “The significance of the name for the beer is that Rattler was Richard’s nickname in the Royal Navy, and 15 months ago he found his own resolution to his personal health problems,” said his widow Bernice Morgan, who is from Morriston.

“Four generations of our family – my dad Derrick Warren, myself, my youngest son Geraint Morgan, and my grandson Jack Morgan were there for the ceremony. As it can be seen, I’m training up the future members of CAMRA!”

Jay Thomas, of Neath Ales, also got a pump clip for the beer made and framed as a lasting memento.

Chris Radford, beer festival chairman, said: “Richard was a long-standing and greatly liked member of Swansea Camra and he is very much missed.”