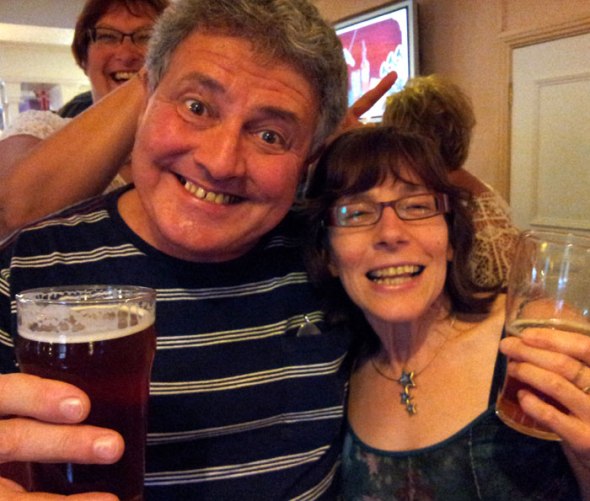 Swansea Camra members who helped to organise and run the 2013 beer and cider festival at the Brangwyn Hall in April got together at The Westbourne on Monday, 29 July to celebrate the success of the record-breaking event.

Members enjoyed a fine buffet put on by The Westbourne and had a choice of Gower Power, Ruddles County, Abbot Ales and Directors at the bar.

Branch contact Bernie Morgan presented the festival organiser Debra White, with a framed certificate proclaiming the festival to be Highly Commended as Best Indoor Event in the Swansea Life awards. Debra thanked all the people who helped organise and staff the festival, which saw more than 2,800 people attending.

Members then applauded and cheered Debra who is stepping down as festival organiser after seven hectic but highly successful years at the helm. Taking over in the role is Chris Radford, who did an excellent job of putting together a marvellous 100-plus beer list for the festival. Thanks also go to Alan Atwell for his hard work on putting together more than 50 ciders and perries for the cider bar, which grows ever more popular each year.

The 2014 Swansea beer and cider festival will be at the Brangwyn Hall over the late August summer bank holiday.

Click here to see more photos from the party. 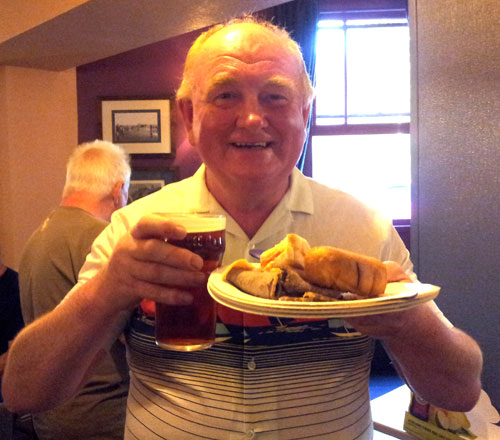